Consumer internet 2.0: The opportunity ahead 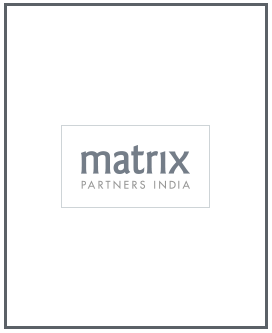 India is a unique nation – a unique heritage, culture, geography, and goals and aspirations that make us who we are.

Interestingly, we find ourselves at a significant point, in not only our own history, but that of the world, as we emerge as a global economic and political power. As an investor and a self-proclaimed student of anthropology, one can’t help but try and connect the dots on what that might hold in terms of the future for us Indians.

Let’s start with a look at the socio-economic landscape of the three major internet economies when internet penetration took off.

India stands at 30-35 percent internet penetration today. In the US, back in 1998-99, when internet penetration was at roughly the same level, it was already an urbanised economy with 80 percent of the populace residing in cities, and GDP per capita at $35,000. The country’s work force was predominantly involved in the services industry, and approximately 80 percent of the working population comprised of the tertiary sector.

China was at a similar level of internet penetration around the year 2010. As one compares China along with the above three parameters, we find it was at an urbanisation level of roughly 50 percent, while the GDP per capita stood at close to $4,500, and about two-thirds of the working population was involved in blue- or white-collar jobs.

If one is to look at India today, we are a largely rural population with nearly 70 percent living in villages, a relatively poor country with per capita GDP of $1,600, and half the working population engaged in agriculture.

The story would remain incomplete without at least a cursory (and admittedly grossly generalised) look at how the mindset of the young Indian consumer has evolved over the years.

As an ancient culture that has been increasingly influenced by the West, first by the opening up of the economy, then through cable television, and today through widespread internet access, the result is a beautiful, chaotic kaleidoscope largely impossible to describe in a few words.

While uniqueness has always been the case, we have arguably been riddled by a mindset driven by our colonial past. However, for the first time India, with around 65 percent of the population under the age of 35, and roughly half the population under the age of 25, suddenly has a majority that is resurgent, confident and untouched by that colonial mindset.

Never in our short history as an independent country have we taken more pride in that which is our own.

Much like the country’s median age of 28 years, we are like a young adult, coming of age, embracing our strengths and shortcomings, dropping pretense, and finally developing a strong sense of self.

Where the opportunity lies

Now, where does all this leave us? We have seen across the globe that the initial years of internet progression and e-commerce are similar. Internet penetration is followed by content consumption (through communication and social media) followed by commerce via large internet malls (Amazon in the US, Alibaba in China, and Flipkart in India).

The beauty lies in the course charted thereafter because what follows, is the need for specialisation. We are a country that has largely grown up in villages, yet is still fairly impecunious and focused on subsistence agriculture.

At the same time, we are just as aware, confident, and connected as almost any other developed economy. As a consequence, we are fundamentally the first major economy where internet access has far preceded economic growth. We are rapidly becoming a people of far fewer means, but equal access to information as the rest of the world, thereby creating a unique “access-aspiration” gap.

Therein lies the need and opportunity for specialisation.

What does that mean for investible businesses? There are two sides of the equation – the problems the majority of the population faces, and the solutions that are put forth in the form of new companies created.

Let’s tackle the problems first. Back to the demographics drawing board – the Indian middle class, as the world defines it, is small today. According to a recent Goldman Sachs study of the 500 million-odd Indian workforce, there are a mere 30 million people earning over $10,000 or Rs 6.5 lakh per annum. The vast majority – 360 million of the 500 million – is rural and earns $2,000 or less per year.

Put all this together, and one realises that problems of the bottom two segments (Figure 2) will play a key role in the Indian consumer story.

One cannot over-emphasise how this is very different from the problems the top 30 million face. One can easily be excused for substituting the needs and problems of the top 30 million with that of someone sitting in a traffic jam in Los Angeles, or that of someone trying to order take-out food in Hong Kong. That will, however, certainly not be the case as we start looking beyond that top tier of consumers.

The bottom three tiers suffer from all four major problems of access, quality, selection and price. Without the right solutions, the internet only exasperates these problems, not solve them; e.g., for the first time a girl in Kanpur is aware of what Sonam Kapoor wore on the red carpet within minutes through her smartphone. However, her family’s resources prevent her from buying anything close to it. But therein also lies the opportunity. Entrepreneurs who bridge this unique access-aspiration gap have the potential to build billion-dollar companies using technology as an enabler.

Now, let’s look at the solutions being put forth - the company creation, and the sectors that the best entrepreneurs are choosing to pursue.

The story here, unfortunately, is skewed. Given the nature of the Indian entrepreneur, who is young, urban, well-educated, and largely influenced by the global technology sector, we have so far witnessed what can best be described as blind mimicry of global trends.

This has resulted, to a large extent, in the proverbial cart being put before the horse. As vast numbers of Indians struggle to even buy standardised food products, cosmetics, and clothing, it seems a little early to be designing fancy artificial intelligence assistants and connected home solutions.

If one wishes to cater to the Indian consumer, the solution required is not that elaborate. We need basic products requiring innovation in bridging the access-aspiration gap. It is virtually impossible to build really large companies on a 30 million consumer base. The next billion-dollar consumer company will have to be a healthier, tastier masala chai equivalent, and not a pumpkin spice latte equivalent. But what will be different now is that technology, for the first time, will enable better, capital efficient, and faster scaling of businesses across the spectrum than ever before.

Given this, there are several interesting business models that emerge:

Omni-channel consumer brands: Imagine buying a toothpaste with no brand – tough, isn’t it? Although most retail consumption today is largely unbranded/unorganized, as the consumer matures the case for branded, standardised consumption becomes stronger than ever. Technology enabled brands become more attractive than ever. Products that are high quality, affordable and aspirational will be winners across verticals such as fashion, FMCG, and personal care, to name a few

Digital media: The Indian digital media market is here. Data explosion (enabled by the cheapest data in the world) has resulted in hundreds of millions accessing and viewing videos online. The money is following too, with over 10 percent of all ad spend shifting to digital media. Before long, the demand for local content will outstrip supply and therein lies the opportunity for local OTT platforms, UGC content companies, among others

Re-commerce/rentals/subscriptions: Products alone may not solve the access-aspiration gap. It may also need the help of innovative business models like use of renting, sale of used goods, or subscriptions to make things more accessible

Commerce enablers: Given the impending data explosion (with the likes of Reliance Jio), there is a case for increased social commerce. Community and influencer-led buying experiences that are enabled by the internet making shopping easier, cooler and more fun for even those that are in the most far flung corners of the country

Simple Internet of Things (IOT) applications: While it may be too early for large scale applications of high-tech IOT application eg, connected homes, there is a case to be made for simple IOT applications. As we think of bringing the next 200 million people online, in e-commerce we will run into problems like vernacular language usage that can’t easily be solved with just a keyboard on a smartphone. Simple applications like the Amazon Dash might make for great Indian products to bring the rural/illiterate population on board as an example

Not only does the internet create this opportunity, it also allows for businesses to be built in faster and more capital-efficient ways. Companies, especially in e-commerce, have traditionally been crippled with astronomical customer acquisition costs (CACs).

Today, new companies and old have the advantage of being able to leverage the deep reach of the internet, even beyond Tier-I India. The holy grail of e-commerce metrics – the ratio of the long term value (LTV) of an average customer to the average cost of acquiring that customer (CAC) – for the first time begins to make more sense.

As the base of the digitally enabled grows, access becomes cheaper and targeting becomes easier thereby reducing CACs. The other side of the equation too begins to look more attractive. LTVs inherently start becoming better with income growth, and with better designed products and services through digitally-enabled feedback loops enabling higher repeat purchases. In addition, the internet also allows for exponential growth curves, something offline-alone businesses could never achieve.

The above examples of sectors and associated technology benefits are just a few that come to mind. There are, however, several more that are applicable in a scenario such as India today. One thing is for sure – the largest companies will be built around simple products that cater to simple needs but leverage technology to reach the masses. Not only do such companies present the largest economic outcome, but are also the ones that create defensible moats around their businesses that can stave off the challenge of global behemoths that plague the copycat models. Indian companies, catering to Indian needs, is the only way we dispel the notion of India becoming a digital extension of the US market, as Europe has done.

It is difficult not to be excited about the potential of the Indian consumer. A country of a billion proud people, who are young, growing economically, and more aware than they have ever been. The time has never been riper for indigenous innovation, for and by the Indian consumer.